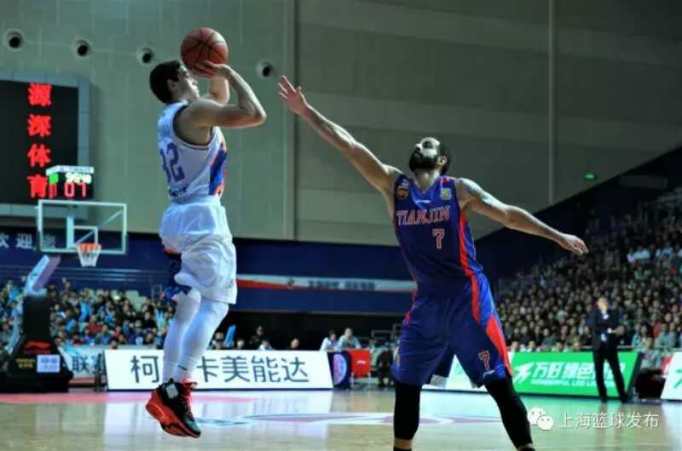 The hot streak for Jimmer and the Shanghai Sharks continues! Over the past four days the sharks have pulled out two close wins, both of which were hard fought, down to the wire slugfests. Yesterday, Jimmer had a 42 point showing in a game that looked like it might slip away from the sharks, when they fell behind by 5 points late in the 4th quarter. However, the squad was able to dig deep, work together, and gut their way to another important victory, bringing themselves to a 15 and 1 record on the season! The game prior to last nights game was an overtime thriller. . . one in which Jimmer and former Sharks player, A.J Price, embarked in a 3 point shootout in the final minutes of the overtime period. Jimmer, as in many case this season, was able to have the last word, hitting a quintessential Jimmer Range dagger from 30 feet to seal the grind out W.    Jimmer’s final stat-line for the game was video game worthy, as he put 47 points, and more impressively a career high 17 rebounds! In my typical corny, light-hearted, one-liner fashion, I joked with him after the game that we’d have to start calling him “the carpenter” for the way he’s hitting the boards!

Jimmer’s on the court successes in Shanghai have certainly been praise worthy. Unfortunately, when it comes to buying milk, that same level of success was not obtained this past week. While Jimmer and my father were recently grocery shopping, they purchased a carton of what looked like milk. Later on that night, when Jimmer opened up the carton, hoping to pour some milk on to his cereal, he was surprisingly treated to a thick plop of yogurt splashing down into his bowl instead.

So the next day my father returns to the store on a mission to this time actually purchase milk. With none of the cartons in the cooler aisle being see-through, combined with my fathers inability to read Chinese, finding milk was much more of a challenging task that you might think. Determined to walk out of that store with a carton of milk, my father then began to ask all of the store clerks if they had milk. This turned out to be another challenging task, as the language barrier proved to be impenetrable. However, after many frustrating, failing attempts to communicate with the various clerks in the store, finally one lady came up to my father, and in a thick accent says to him, “milk?” Thrilled to hear the word milk finally coming out of one of the worker’s mouths, with a big smile my Dad cheerfully replies, “MILK yes MILK.” The lady then proceeds to point to a specific carton in the aisle. Now feeling triumphant, my father repeatedly thanks the woman as he grabs the carton she pointed to from the shelf. He then purchases the item with his Chinese currency, walks out of the store, and heads back to the apartment, feeling like a million bucks.

That night, when Jimmer is ready once again to have a bowl of cereal for a snack, my father eagerly says to him that he finally was able to buy some real milk. Jimmer is delighted as he pours his cereal into a bowl. He then proceeds to grab the milk carton from the refrigerator and opens it up to pour it on to his cereal. This time Jimmer is pleasantly treated to a liquid pouring down on his cereal, as opposed to the thick yogurt substance that funneled down on it the last time.  Unfortunately, much to his chagrin, that liquid was also not milk, it was just a more drinkable form of yogurt.

In closing, I would say that Jimmer and my father have so far done very well overall in China. They have been able to accomplish a lot for two American guys who don’t speak a lick of Chinese. I guess that if having an overly abundant supply of drinkable yogurt is the harshest result of not being able to communicate with others in their community, then it’s fair to say that things could be worse.

Here are some pictures from Jimmer: 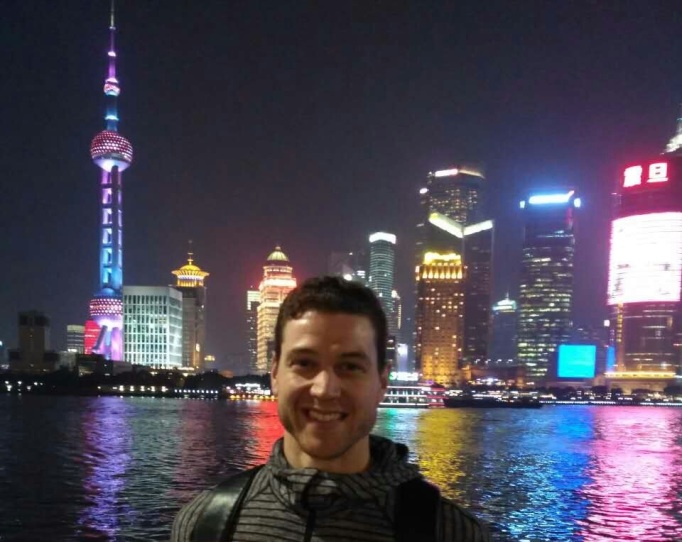 Jimmer in front of beautifully colored buildings in a district called “The Bund.” 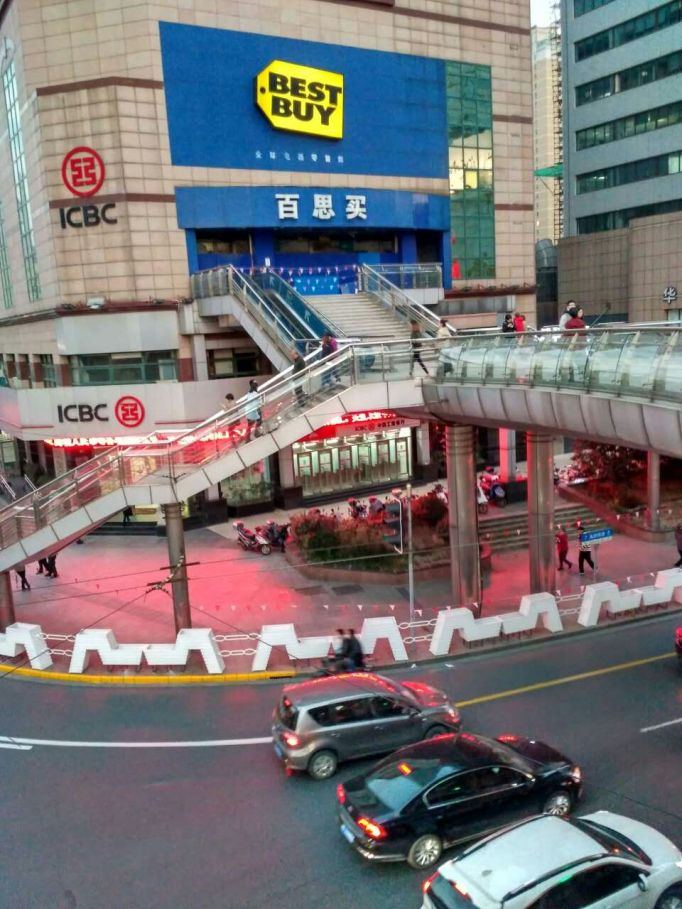 Yup they got a Best Buy over there too. This is the entrance to a beautiful mall. 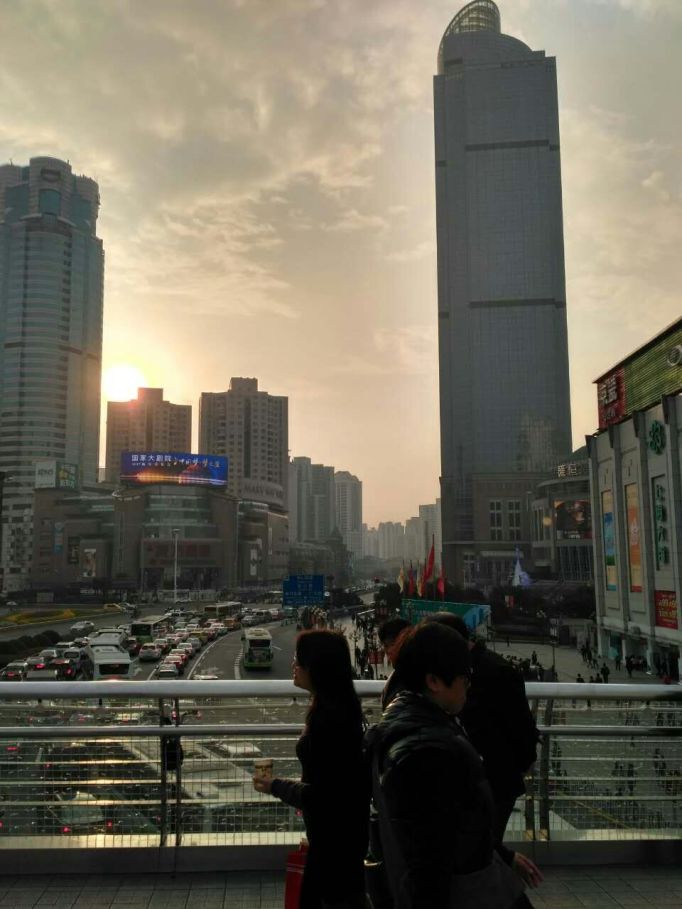 Beautiful sunset…they are 12 hours ahead of us normally but with the time change it’s 13 hours ahead now.

We didn’t think there would be any signs of Christmas over there but look what they found! Beautiful decorations just for those that celebrate it. Nice scene.

Our Dad, Al, with the girlfriend of the other import on the team and the wife of the Australian assistant coach. “G”  is from France and not sure if his girlfriend is or not. Nice people too.