Hi Everyone!
Just like to say that I hope everyone had a nice Memorial day. Lots of rain in NY but they managed to get the parades in before it got too bad. So thankful for our Veterans and the service that they have given to this country. It’s easy to say that we are thankful to them and appreciate their sacrifices but to really feel that connection to them you almost have to personalize it and feel that sacrifice that they made everyday for us as they served.  So many stories of tragedies and death and lives turned upside down, but the inspiring part is that most of them wanted to serve our country and took pride in it so their families could live in this great country while preserving our freedoms.  So many families were torn apart as they sacrificed for us. Some temporarily and some sadly forever.  We need to think that that could have been my family, my brothers, my sisters, my father, my mother, my spouse, my uncles that did the sacrificing by leaving their families and going off to serve our country in wherever they were needed.  Most people have a relative that has served in some capacity but not all have a tragic ending.  It’s important for those families that lost loved ones to know that they didn’t die in vain.  They died for a purpose….to protect the rights and freedoms of the people in the United States of America. Those that served and came home should be honored for the special men and woman that they are. We are so grateful to them.
In my case, my mother saw my Dad who served in two branches of the armed services during World War 2… the Army Air Corp and the US Navy, go off to serve until she could join him. He was fortunate that all was well with him until he was honorably discharged. Another Veteran in my mother’s family was her mother, my grandmother. She was an army nurse. She actually met her husband, my mother’s father, who also was a veteran, while she was serving the country. Never quite heard whether he was her patient at the time that they met, but I’d sure like to think that’s what happened.  I imagine that it was probably the case.  They were married and had 5 daughters together. The sad part of this story is that he died at the young age of 45 from shrapnel complications from the war. He left behind his wife and those 5 daughters. He served his country well but there was a price that he paid. My mother was the oldest and a teenager at the time. I can only imagine what my mother and her sisters felt as they lost their father when they were so young.  They had to carry on without him.  My Mom used to tell me how tough a woman her mother was.  She had to be. She had 5 daughters to raise on her own.  So much of the responsibility fell on my mother and the oldest girls while their mother had to continue to work and make a living for them.  I think it profoundly changed my mother.  I can’t feel what she felt, but I can imagine the deep sadness that they all went through after they lost their father.  She became almost like a mother herself as she had to help take on more responsibility at such a young age to help her younger sisters.  They helped each other and they leaned on each other for support and affection.  Our family, still to this day, call them the “Barker Girls.”  (their maiden name).   If there was anything good that came out of this it was how close they all became as a family of 5 girls and their mother. There was no denying their closeness that carried on through their lives.   They all survived the tragedy of loosing their father and I think what kept them going through the years was their sense of humor.  Anyone who knew them, and there are two still with us, knew that there was never a dull moment when they were together.
I barely remember my grandmother and I never met my grandfather, of course, because he was gone before my parents got married.  He was a casualty of war but he and my grandmother and my father served our country well and they all were buried with full military honors at the cemetery.
This is such a special day for our country.  A chance to honor those that gave so much to America.  It’s not all about having a day off and having a barbeque with the family.  It’s about the men and women that sacrificed and are still sacrificing so that we will always have the freedom to do those things.   I hope that everyone took some time to reflect on what are Veterans mean to this country…..and also those that are serving now that will be Veterans one day.   They deserve our respect and our gratitude for giving up their lives, and in some cases, literally….enduring the suffering of war, both mentally and physically, and the separation from their families, to keep this country free for all of us.  We are so proud of them.
So to all of the Veterans and those that are serving now……THANK YOU!
Thanks for stopping by.
Until next time,
Kay
Pictures from my small but wonderful hometown of Whitehall, NY….. 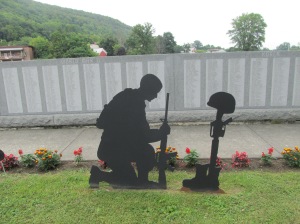 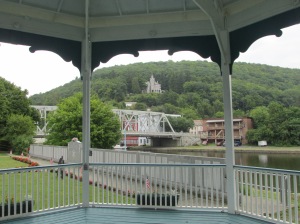 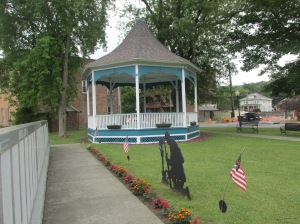